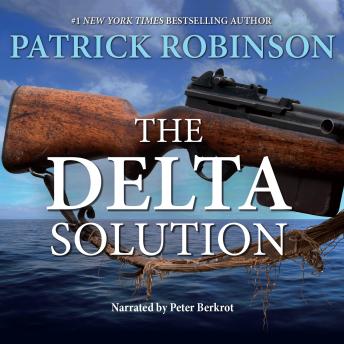 The Delta Solution: An International Thriller

#3 of The Mack Bedford Series

New York Times bestselling author Patrick Robinson is back with the third thriller in his page-turning Mack Bedford series: The Delta Solution.

For years, heavily armed Somali pirates have been capturing and holding for ransom massive cargo ships, violently demanding millions of dollars for their return. Each time an owner pays big for the return of their ship, the pirates immediately capture again, enraging the Pentagon. That is, until the “Somali Marines” make a big mistake, seizing at gunpoint two United States ships and demanding a $15 million ransom.

Hero Mack Bedford, previously encountered in Diamondhead and Intercept, is deployed to SEAL Team 10 to form the Delta Platoon. His objective: obliterate the Somali Marines in the middle of the Indian Ocean, at all costs, once and for all.

This title is due for release on May 1, 2011
We'll send you an email as soon as it is available!