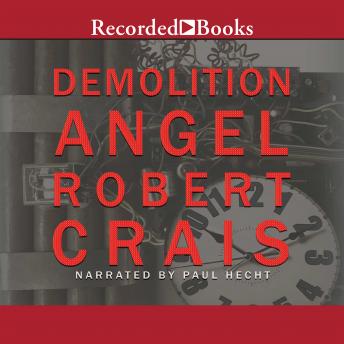 Robert Crais, author of the Edgar Award-nominated L.A Requiem is a master of the intelligent and complex suspense novel. In Demolition Angel he delves into the life-on-the-edge world of the Los Angeles bomb squad. Three years ago Carol Starkey was one of L.A.'s best bomb squad technicians. Then a freak accident while disarming a bomb left her scarred inside and out. Now a Detective-2 with the LAPD's Criminal Conspiracy Section, she is struggling to rebuild her shattered world. When an explosion claims the life of a technician who was a colleague and friend, Carol is assigned to head up the investigation. With the help of an ATF agent, she discovers that a brilliant madman is designing bombs intended to kill the people whose job it is to disarm them. But as they begin their chase of the man known as Mr. Red, Carol finds that nothing about the case is as it appears. All she knows for certain is that she is the next target. With finely drawn characters and non-stop suspense, Demolition Angel is an unforgettable experience. Paul Hecht deftly conveys both Carol's determination and fear as she fights to reclaim her life.

This title is due for release on November 8, 2013
We'll send you an email as soon as it is available!