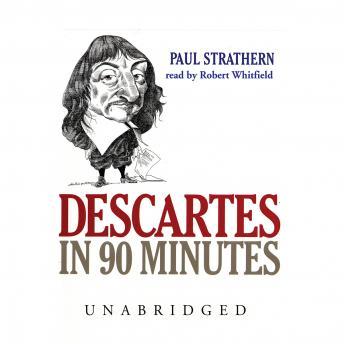 René Descartes spent much of his life in solitude. Fortunately, these countless lonely hours helped Descartes produce the declaration that changed all philosophy: “I think, therefore I am.” Convincing himself to doubt and disregard sensory knowledge, Descartes found he could prove his existence through his thoughts alone. This internal reality, he believed, was the true reality, while the external was hopelessly deceiving.
In Descartes in 90 Minutes, Paul Strathern offers a concise, expert account of Descartes’s life and ideas and explains their influence on man’s struggle to understand his existence in the world. The book also includes selections from Descartes’s work, a brief list of suggested readings for those who wish to delve deeper, and chronologies that place Descartes within his own age and in the broader scheme of philosophy.