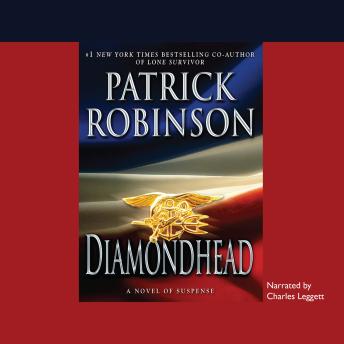 #1 of The Mack Bedford Series

When Navy SEAL Mack Bedford's fellow officers are brutally killed by Iraqi insurgents using a cruel, new anti-tank Diamondhead missile, Mack avenges their murders by gunning down the then-unarmed attackers, ultimately getting himself court-martialed and kicked out of the Navy in the process. To make matters worse, Mack then learns that the Diamondhead missiles were sold illegally by French industrialist and infamous politician Henri Foche. Mack suspects that Foche will succeed in his campaign to become the next French President, and fears that his election will result in the cancellation of all navy-ship purchases from the United States, and in doing so, will also protect French interests in the Diamondhead. End result: doom for Mack's hometown shipbuilding yard and the spread of international terrorism.

this is a great book only one thing bothers me I'm from Maine born and raised I don't know of anyone from this state that talks the way Maine people are portrayed in this book drivers me crazy. That's more Massachusetts not Maine.

Boring and very slow story. 5 hrs in and gave up.

This is great read for anyone, but especially if you have a military background. Well structured, well narrated and fast paced.

Just did not hold my interest.

Enjoyed the story but plot was a little thin

This title is due for release on May 1, 2009
We'll send you an email as soon as it is available!