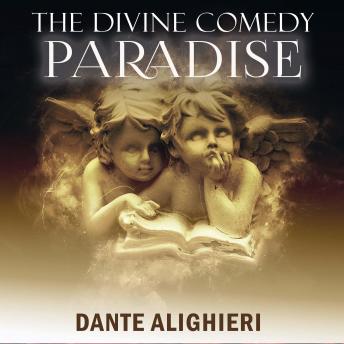 Paradiso (Italian: [para?di?zo]; Italian for 'Paradise' or 'Heaven') is the third and final part of Dante's Divine Comedy, following the Inferno and the Purgatorio. It is an allegory telling of Dante's journey through Heaven, guided by Beatrice, who symbolises theology. In the poem, Paradise is depicted as a series of concentric spheres surrounding the Earth, consisting of the Moon, Mercury, Venus, the Sun, Mars, Jupiter, Saturn, the Fixed Stars, the Primum Mobile and finally, the Empyrean. It was written in the early 14th century. Allegorically, the poem represents the soul's ascent to God.
While the structures of the Inferno and Purgatorio were based around different classifications of sin, the structure of the Paradiso is based on the four cardinal virtues (Prudence, Justice, Temperance, and Fortitude) and the three theological virtues (Faith, Hope, and Charity).

This title is due for release on June 2, 2021
We'll send you an email as soon as it is available!