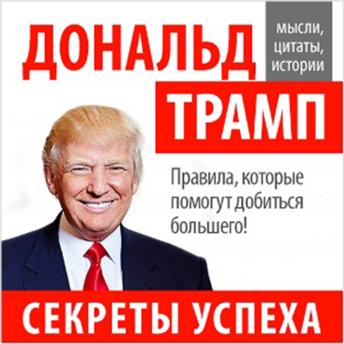 The most vivid statements of the American leader, presidential candidate for the presidential election in 2016 Donald Trump!

An American businessman, known for his extravagant and vivid manners, has long become a celebrity whose quotes have gone to books for beginning businessmen. Directness and frankness, assertiveness and charisma - that's how you can characterize the performances of Donald Trump.

This audiobook includes the most interesting quotes of Donald Trump.