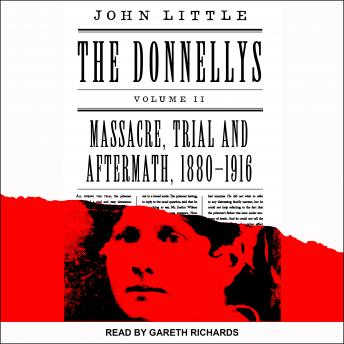 A story made all the more shocking because it's true.

In 1880, an organized mob of the Donnellys's enemies murder four family members and burn their house to the ground. Another sibling is shot to death in a house a short distance away. William Donnelly and a teenage boy are the only witnesses to the murders.

The surviving family members seek justice through the local courts but quickly learn that their enemies control the jury and the press. Two sensational trials follow that make national and international headlines as the Donnellys continue to pursue justice for their murdered parents, siblings and cousin.

Behind the scenes, political factors are at play, as Oliver Mowat, the Premier/Attorney General of the province of Ontario, fearing the backlash a conviction would render, gradually withdraws support from the prosecution of the killers. After the trials, the Donnellys's enemies continue their crusade against the family, paying off potential witnesses to the murders and fabricating one last set of charges that they hope will put the remaining Donnellys away forever.