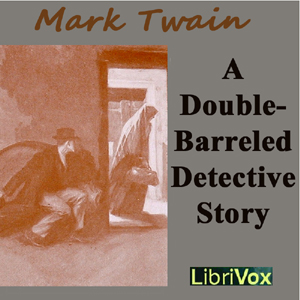 A Double Barrelled Detective Story is a novel by Mark Twain (Samuel Clemens), in which Sherlock Holmes finds himself in the American west.
At a mining camp in California, Fetlock Jones, a nephew of Sherlock Holmes, kills his master, a silver-miner, by blowing up his cabin. Since this occurs when Holmes happens to be visiting, he brings his skills to bear upon the case and arrives at logically worked conclusions that are proved to be abysmally wrong by an amateur detective with an extremely keen sense of smell, which he employs in solving the case. This could be seen as yet another piece where Twain tries to prove that life does not quite follow logic. (Summary by Wikipedia)

Great and entertaining piece. Be careful that you don’t allow yourself to wander into imagining the scenery that is being spoken about and miss the comments of the reader.

story was OK and didn't care for the caricature narration of the story.

This title is due for release on January 12, 2017
We'll send you an email as soon as it is available!