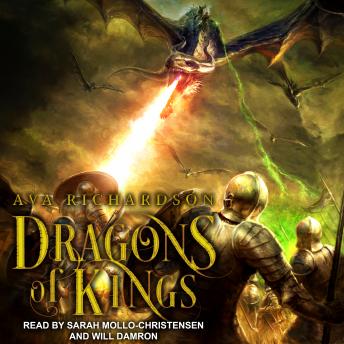 #2 of Upon Dragon's Breath

The battle for Torvald begins.

As the young heir of a noble house fallen into decay, Bower has reluctantly shouldered the mantle he was born with-that of Torvald's rightful king. It is his destiny to throw off the shackles of King Enric and lead his people to freedom, or so he's been told.

With the help of the wild and untamed Dragon Rider Saffron, he hopes to unite his downtrodden people. It will take an uneasy alliance with a rogue band of Dragon Riders and their charismatic leader, Ryland, to challenge the Dark Mage king, but distrust threatens to tear apart the force that he's risked everything to build.

Now, on the eve of battle, Bower will have to fulfill a mystical prophecy and become the leader he was born to be, or risk his future kingdom falling apart. Surrounded on all sides by deadly foes, he must face not only the evil king, but his deep doubts about himself.

Pretty annoying how the main character is scum

I love this series and wish I would have found it sooner!!