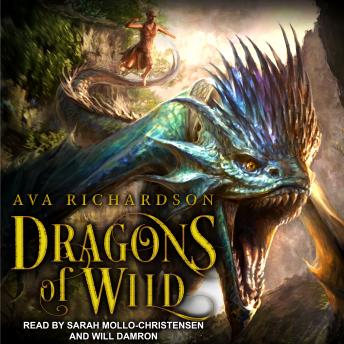 #1 of Upon Dragon's Breath

The once peaceful kingdom of Torvald has been ravaged by evil magic, forcing Riders to forget their dragons and their noble beasts to flee to the wilds. Now, anyone who dares to speak of dragons is deemed insane and put to death. Into this dark and twisted land, Saffron was born sixteen years ago. Cursed with dragon affinity and magical powers, she has been forced into a life of exile and raised by dragons-secretly dreaming of a normal life and the family she lost.

But as her powers become more uncontrollable, Saffron knows she must find her family before she hurts herself-or worse, her dragon clan.

Scholarly and reclusive, Bower prefers to spend his days reading about the legends of the Dragon Riders-even if being caught means death. But as the son of a noble house on the brink of destruction, it falls to him to fulfill a mysterious prophecy and save his kingdom from the rule of the evil King Enric-yet all he wants is to be left alone to read. When fate brings him into contact with Saffron, Bower gains a powerful ally-but one whose wild, volatile magic threatens their very lives.

Pretty annoying how the “ hero” character hides the most important thing the first time she meets an ally. I stopped reading right there lol

I was a little skeptical at first but the story is amazing. I love how the narration is done too; it puts you in the thought process of the character and really love how they switch back and forth.