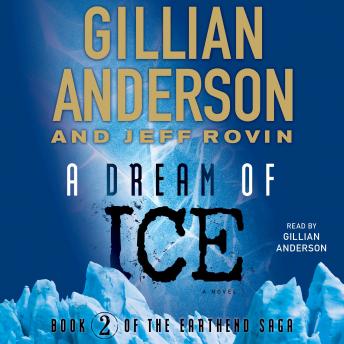 A Dream of Ice: EarthEnd Saga #2

After uncovering a mystical link to the ancient civilization of Galderkhaan, child psychologist Caitlin O’Hara is left with strange new powers. Suddenly she can heal her young patients with her mind and see things from other places and other times. But as she learns more about her powers, she also realizes that someone is watching her, perhaps hunting her—and using her son to do it.

Meanwhile Mikel Jasso, a field agent for a mysterious research organization, is hunting Galderkhaani artifacts in Antarctica. After falling down a crevasse, he discovers that the entire city has been preserved under ice and that the mysterious stone artifacts he’s been collecting are not as primitive as he thought. The stone artifacts are, in fact, advanced computers, keeping the memories, and maybe even the souls of the Galderkhaani people alive. And something has activated them in the present. As Mikel and Caitlin work to uncover the mysteries of the Galderkhaani, they realize that the person hunting Caitlin and the thing that has activated the stones may be one and the same.

“Fans of Douglas Preston and Lincoln Child will find a lot to like” (Publishers Weekly) in the Earthend Saga, and this latest adventure is sure to leave you gasping for breath as Caitlin races against time to save what’s dearest to her heart.

This title is due for release on December 8, 2015
We'll send you an email as soon as it is available!