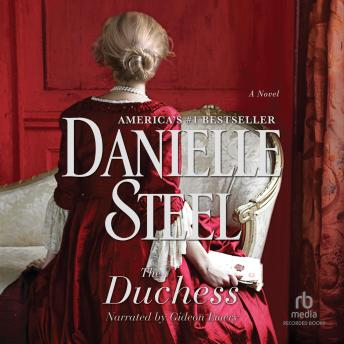 An enthralling novel set in early 19th-century England, Paris, and New York, featuring an indomitable young heroine who rises from ruin to become the toast of Paris, by way of the chic bordello she establishes for the most powerful men in France. Turned out of her ancestral home by her vicious half-brother, the orphaned daughter of an English duke and a French noblewoman makes her way to Paris and takes in abused French streetwalkers, transforming them into sought after courtesans in the city's most exclusive bordello, Le Boudoir. is only the beginning of her return to the upper reaches of society and ultimate justice.

if I didn't read the title I wouldn't believe it was a Danielle Steel book. I'm still having trouble with it. the story was cute. the narrator was very good. I wouldn't recommend this book. I feel like I wasted my time. DS needs a vacation.

Loved the story. For sure one of the best of hers

I really enjoyed the story and the narrator. One of DS best books in my opinion.

I loved this book. I didn’t want it to end.

Enjoyable and relaxing read. A bit predictable but I enjoyed it.

Easy to listen too. Loved the historical content and the story. Highly recommend.

Loved listening to it! Sweet revenge at the end is so satisfying!!

I found the storyline thin and too predictable. The narration by a male voice is, in my opinion, a poor match for the story and the main character.

The narrator did a fantastic job and was easy to listen to :-) this book was a nice light listen.

Love this title. Full of historical drama and a bit of excitement. The narrator really draws you in.

Loved this story. Kept me interested the whole time.

The intelligence of the main character is off the charts. I loved the strength and endurance she practiced when life threw her curveballs.

Loved this book, have reread it a few times.

Story is a little bland

This was a very enjoyable book. The story flowed nicely and was well narrated.