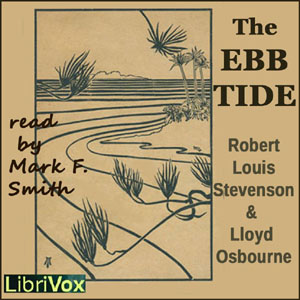 Three men down on their luck in Tahiti agree to ship out on a vessel whose officers have died of smallpox. Their desperate venture inspires them to a further idea: they will steal the schooner and its cargo of champagne, sell them, and live a plentiful life. The thought is intoxicating... and so is the cargo, which they sample. Inattention nearly brings them to grief in a sudden storm. This sobering experience is followed by another - apparently the dead officers had a similar ambition! - and their dreams of riches vanish.

Then, nearly out of provisions and deep in the heart of the Pacific where the chart shows no land - they happen on a small isle only hinted at in the records and never mapped. Saved! But what is this? The island hides a pearl fishery?

In the ebb-tide of fortune, what new villainy will the three attempt? (Summary by Mark F. Smith)