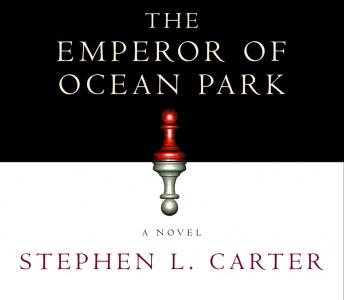 The Emperor of Ocean Park

In his triumphant fictional debut, Stephen Carter combines a large-scale, riveting novel of suspense with the saga of a unique family. The Emperor of Ocean Park is set in two privileged worlds: the upper crust African American society of the Eastern seabord—families who summer at Martha’s Vineyard—and the inner circle of an Ivy League law school.

Talcott Garland is a successful law professor, devoted father, and husband of a beautiful and ambitious woman, whose future desires may threaten the family he holds so dear. When Talcott’s father, Judge Oliver Garland, a disgraced former Supreme Court nominee, is found dead under suspicioius circumstances, Talcott wonders if he may have been murdered. Guided by the elements of a mysterious puzzle that his father left, Talcott must risk his marriage, his career and even his life in his quest for justice. Superbly written and filled with memorable characters, The Emperor of Ocean Park is both a stunning literary achievement and a grand literary entertainment.

This title is due for release on July 21, 2003
We'll send you an email as soon as it is available!