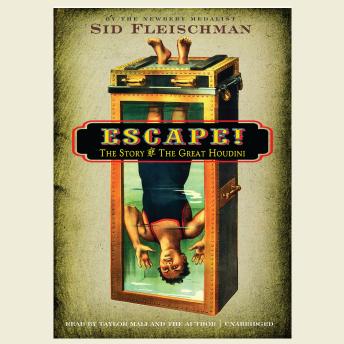 Escape!: The Story of the Great Houdini

Harry Houdini, born Ehrich Weiss, never did anything by half measure. Once he decided to become a magician, he became the King of Cards, the Prince of Air, the Genius of Escape, and Professor H. Houdini. And why not? He could walk through walls, defeat any lock, make elephants disappear with the snap of his fingers, and pick up needles with his eyelids!
Or could he? Fact or fiction? Legend or liar? We will never know for sure. But here in all its riveting glory is Sid Fleischman's witty and insightful biography of magic's greatest showman, daredevil, and escape artist ever-the Great Houdini!

Escape!: The Story of the Great Houdini

This title is due for release on December 1, 2011
We'll send you an email as soon as it is available!