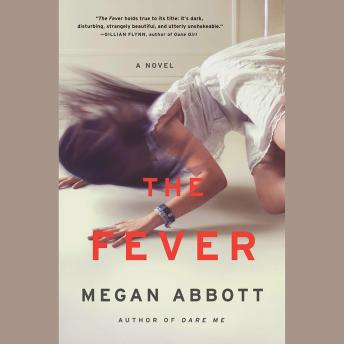 The Fever: A Novel

The panic unleashed by a mysterious contagion threatens the bonds of family and community in a seemingly idyllic suburban community in this "engrossing, disturbing, panic attack of a novel" from the award-winning author of The Turnout and Dare Me (Jodi Picoult).

The Nash family is close-knit. Tom is a popular teacher, father of two teens: Eli, a hockey star and girl magnet, and his sister Deenie, a diligent student. Their seeming stability, however, is thrown into chaos when Deenie's best friend is struck by a terrifying, unexplained seizure in class. Rumors of a hazardous outbreak spread through the family, school and community.

As hysteria and contagion swell, a series of tightly held secrets emerges, threatening to unravel friendships, families and the town's fragile idea of security. A chilling story about guilt, family secrets and the lethal power of desire, The Fever affirms Megan Abbott's reputation as "one of the most exciting and original voices of her generation" (Laura Lippman).

I have listen to many audiobooks over the years and this was without a doubt the stupidest book I've ever read. It's like a teenage romance novel that has nothing whatsoever to do with the title and leave you hanging as to what in the world the author was trying to say.