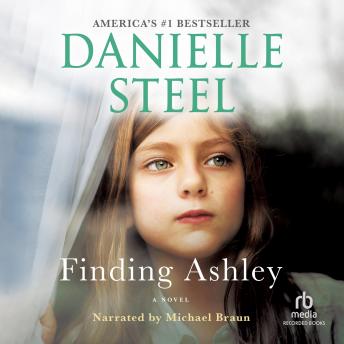 In this blockbuster novel from Danielle Steel, two estranged sisters get the chance to connect again and right the wrongs of the past.

Melissa Henderson is leading a quiet life. Once a bestselling author, she now pours all her energy into renovating a Victorian house nestled in the foothills of rural New England. Six years ago, she lost her young son to cancer, and her marriage dissolved. She stopped writing. It was only when she bought the old house that Melissa found a purpose, and came alive as she made it beautiful again.

After a wildfire that threatens her home appears on the news, Melissa receives a call from her sister, Hattie. They were close once, but that was before Melissa withdrew from the world. Now Hattie, who became a nun at twenty-five, is determined to help Melissa turn a new page, even if it means reopening one of the most painful chapters of her life.

At sixteen, a pregnant Melissa was sent to a gloomy convent in Ireland to have— and give up—her baby, to spare the family shame. All these years later, Hattie feels compelled to embark on a journey that will change both their lives forever, and track down the child Melissa gave up.

Finding Ashley is a masterpiece of contemporary drama and tells a gripping story of the strength of the human spirit to chase an impossible dream. It is the story of two strong, brave women turning wrenching loss into reconnection, and a family reunited after bringing dark secrets into the light.

Really enjoyed the development of the various characters

Good story. Slow in the beginning, but as it develops it really gets interesting & a twist I wasn't expecting near the end explained the personalities of the characters.

Would prefer female narrator as main character is a woman

Slow start, and the main character’s anger seemed a little extreme in the beginning. Continued on and it became a very nice story.