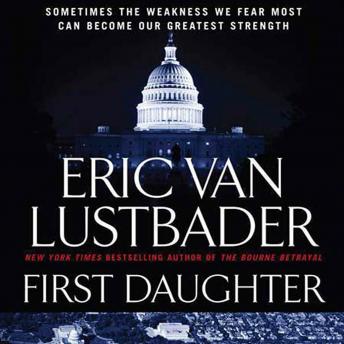 An explosive new political thriller by Eric Van Lustbader, the New York Times bestselling author of The Testament and The Bourne Betrayal
Jack McClure lost his daughter. Now it's his job to make sure the president-elect doesn't lose his.
For eight years, America has been led by a president hell-bent on aggressive foreign policy and re-building the nation on Christian values. A new administration is on its way in, but the president has a few power moves left to see his legacy solidified. Moderate conservative Edward Carson is taking the reins, hoping to set America on a new course. But weeks before Inauguration Day, Carson's daughter, Alli, goes missing from her college dormitory.
Jack McClure is an ATF agent who recently lost his daughter in a terrible accident...and Jack's daughter was Alli's roommate. When the president-elect chooses him to lead the search for the first daughter, Jack approaches the quest fiercely. The investigation leads him onto the path of a dangerous and calculating man. Someone whose actions are as cold as they are intelligent. A man whose reach is seemingly infinite.
Faith, redemption, and political intrigue play off one another as McClure journeys into the path and mind of a calculating genius who always manages to stay one step ahead of him. And Jack will soon discover that this man has affected his life in more ways than he ever realized.

This title is due for release on August 19, 2008
We'll send you an email as soon as it is available!