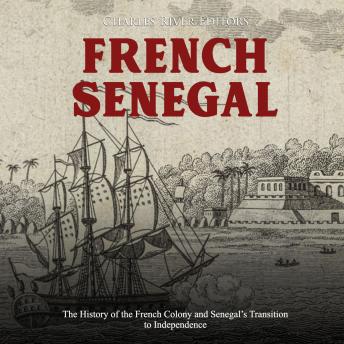 French Senegal: The History of the French Colony and Senegal’s Transition to Independence

When they entered the negotiations in Berlin in 1884, the French were established in their flagship African territory of Senegal, situated at the westernmost point of continental Africa, which tended to give them an option over the vast reaches of the western continent so far unclaimed by any territory. The history of French engagement in Senegal can be traced back to 1677, with the French acquisition of a slave port on the island of Gorée, today a cantonment of the Senegalese capital of Dakar. From there, the French were apt to gaze across the vast expanse of unclaimed territory to their minor enclave of French Somaliland, founded between 1883 and 1887, and which would, in the post-independence era, become the state of Djibouti. The French imperial vision, therefore, became the establishment of French sovereignty over everything in between these two points, including, if possible, Egypt.

That vision ultimately clashed with British objectives, but somewhat ironically, conflicts against other enemies would ultimately determine how France’s overseas empire was ultimately decolonized. In conjunction with those geopolitical events, certain influential individuals at home would be ready to fill in the European power vacuum while leading various independence movements, and one of these individuals was a poet and politician named Léopold Senghor.

French Senegal: The History of the French Colony and Senegal’s Transition to Independence

This title is due for release on March 9, 2020
We'll send you an email as soon as it is available!