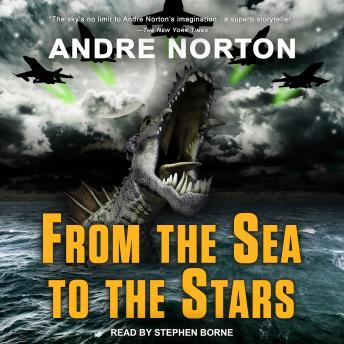 From the Sea to the Stars

From the Sea to the Stars was originally published in parts as Sea Siege and Star Gate. This is the first time both novels have appeared together.

Sea Siege: The nuclear war had come at last and the research team on an island in the West Indies thought they had been lucky to survive. But survival was going to require more than luck, when they found themselves under attack by sea creatures out of darkest legend, directed by a malevolent intelligence from the depths of the sea.

Star Gate: Long ago, the Star Lords had come from a dying Earth to Gorth, where they helped the inhabitants build a civilization. Now some of the Lords have resumed wandering among the stars, but others have decided to travel through an interdimensional gate to another Gorth in a parallel universe. And when they find that in this universe the Star Lords from Earth conquered and enslaved the people of Gorth, their course is clear. They must battle their counterparts to free Gorth-even if it means their own destruction.

From the Sea to the Stars