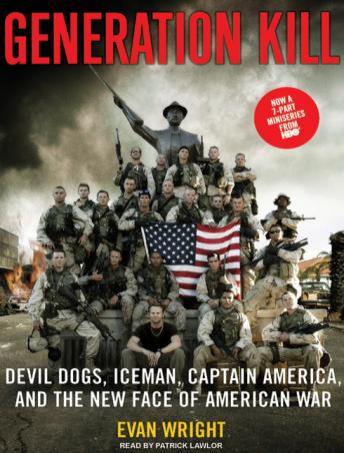 They were called a generation without heroes. Then they were called upon to be heroes. Within hours of 9/11, America's war on terrorism fell to those like the twenty-three Marines of the First Recon Battalion, the first generation dispatched into open-ended combat since Vietnam. They were a new breed of American warrior unrecognizable to their forebears-soldiers raised on hip-hop, Internet porn, Marilyn Manson, video games, and The Real World, a band of born-again Christians, dopers, Buddhists, and New Agers who gleaned their precepts from kung fu movies and Oprah Winfrey. Cocky, brave, headstrong, wary, and mostly unprepared for the physical, emotional, and moral horrors ahead, the 'First Suicide Battalion' would spearhead the blitzkrieg on Iraq and fight against the hardest resistance Saddam had to offer.

Generation Kill is the funny, frightening, and profane firsthand account of these remarkable men, of the personal toll of victory, and of the randomness, brutality, and camaraderie of a new American war.

This title is due for release on October 27, 2008
We'll send you an email as soon as it is available!