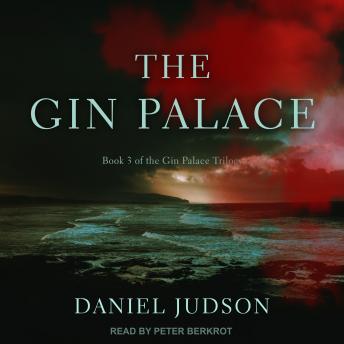 Declan 'Mac' MacManus, some-time PI turned full-time Southampton cabbie, has had to endure much in his young life: the loss of family and friends, grave bodily injuries at the hands of ruthless enemies, and the knowledge that more than a few lives have been shattered by the decisions fate has forced him to make. But nothing of what Mac has encountered-and nothing of what he now knows about his own mysterious past-can compare to what awaits him in the heart-pounding final installment of The Gin Palace Trilogy.

On a cold winter night, a troubled woman enters Mac's cab and within moments sets into motion a series of devastating events that will test the young MacManus to his very soul. As he chases down leads, and his losses once again begin to mount, Mac finds himself dangerously close to a line he swore he'd never cross. And when one utterly unbearable loss threatens to transform him into an avenging angel, it is an unlikely ally-a stranger stalking him like a shadow-that may very well be the difference between Mac's final act of self-destruction or his ultimate salvation.

This title is due for release on December 28, 2018
We'll send you an email as soon as it is available!