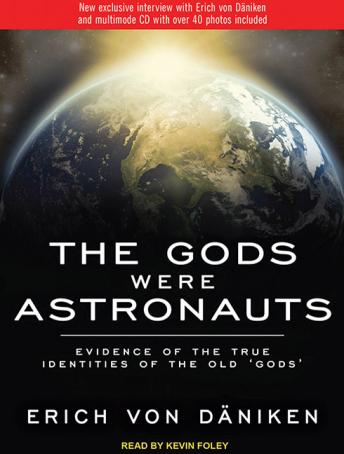 The Gods Were Astronauts: Evidence of the True Identities of the Old 'Gods'

Erich von Daniken has exhaustively researched and analyzed the great world religions, their myths and belief structures, in an effort to find an answer to a question that has fascinated humans for millennia: who, or what, were the Gods described in ancient stories?
His extraordinary conclusion? The Gods were not metaphysical beings born of humanity's overactive imagination, but extraterrestrials who left traces of their presence everywhere on Earth.

-The suggestion, based on a thorough examination of ancient texts, that alien beings employed high-tech vehicles in epic aerial battles

-Compelling evidence that the Gods used awesome weapons of mass annihilation, both against themselves and humankind

Yet another wonderful, mind blowing book. One cannot but wonder at the depth and breadth of research undertaken to produce a volume such as this. A great read and so thought provoking. Please read EVD's many books in this series to get an even broader picture.

Brilliant book. Very well researched. Mind blowing facts from our past. Bring on the next book.