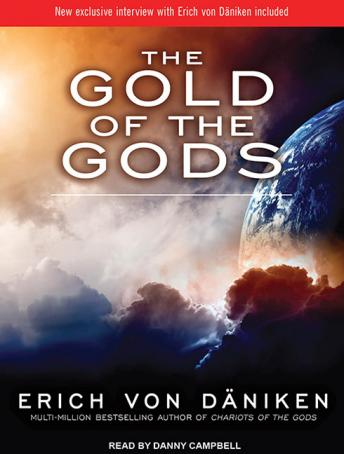 The Gold of the Gods

Erich von Daniken, whose books have enthralled millions of readers around the world, now presents astonishing new confirmation for his revolutionary theories.

Erich von Daniken's The Gold of the Gods unveils new evidence of an intergalactic 'battle of the gods' whose losers retreated to, and settled, Earth. He explores a vast, mysterious underworld of Ecuador-caves filled with gold and writings in solid gold that go back to the time of the Great Flood, bolstering von Daniken's theory of a prehistoric earthly 'era of the gods.'

The more I read EVD's books (this is my third) the more convinced I become that his works should be required reading for the young. A.great read and so thought provoking as to influence one's future thinking. A must read for the sceptic.

This title is due for release on May 25, 2011
We'll send you an email as soon as it is available!