Goodbye, Darkness: A Memoir of the Pacific War 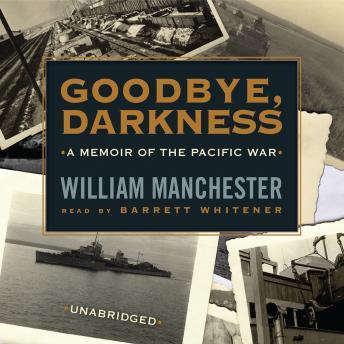 The nightmares began for William Manchester twenty-three years after World War II. In his dreams he lived with the recurring image of himself as a battle-weary youth "angrily demanding to know what had happened to the three decades since he had laid down his arms." To find out, Manchester visited those places in the Pacific where as a young Marine he fought the Japanese.
In this intensely powerful memoir, America's preeminent biographer-historian, who has written so brilliantly about World War II in his acclaimed lives of General Douglas MacArthur (American Caesar) and Winston Churchill (The Last Lion), looks back at his own early life. He offers an unrivaled firsthand account of World War II in the Pacific: of what it looked like, sounded like, smelled like, and most of all, what it felt like to one who underwent all but the ultimate of its experiences.

Goodbye, Darkness: A Memoir of the Pacific War