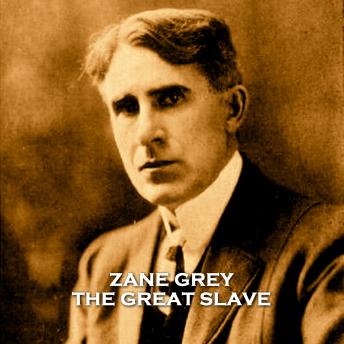 Pearl Zane Grey was born on 31st January 1872, in Zanesville, Ohio. From an early age, he was intrigued by history, fishing, baseball, and writing. Grey was an avid reader of adventure stories, consuming dime store novels by the dozen. By age fifteen he had written his first story; 'Jim of the Cave'. His father, a difficult man, tore it to shreds and then beat him.A keen fisherman and with dreams of playing in the major leagues Grey was spotted by a baseball scout and received offers from colleges.He enrolled at the University of Pennsylvania to study dentistry. Naturally arriving on a scholarship really meant you had to be able to play. And he could, though in the end as a practical career move he resolved that dentistry was the way forward. Grey set up his dental practice in New York as Dr. Zane Grey in 1896. But with ambitions to be a writer in a city with so many publishers evenings were set aside for writing.His first magazine article, about one of his fishing expeditions was published in 1902. It was not until 1910 that he wrote his first Western, 'The Heritage of the Desert'. It was a breakthrough title and quickly became a bestseller. His themes of Manifest Destiny, the conquest of the Old West, and men wrestling with elemental conditions were the hallmarks of his career. Two years later Grey produced his all-time best-seller 'The Riders of the Purple Sage', with its publication he became a household name. During the crash and subsequent depression of the 1930s, the publishing industry was hard. Sales fell. But Grey was astute. He had avoided the Stock Market, he was still writing and popular and continued to earn royalty income. In all he wrote over 90 books including some on fishing and baseball. He was also selling stories to film companies as Hollywood was eager to exploit popular culture.On 23rd October 1939 Zane Grey died of heart failure at his home in Altadena, California. He was 67.