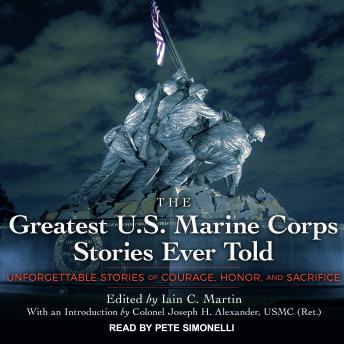 On Friday, November 10, 1775, the Continental Congress approved a resolution for the organization of the Corps, creating what would become the hallowed few, the proud-the Marines. Since then, the men and women of the United States Marine Corps have created the finest traditions of service and honor, and supplied a pantheon of heroes who have upheld them. In The Greatest U.S. Marine Stories Ever Told, editor Iain Martin has accumulated these marines' most amazing true tales of service and sacrifice, from the Halls of Montezuma, to the shores of Tripoli, to the conflicts where they serve today.

This title is due for release on March 31, 2017
We'll send you an email as soon as it is available!