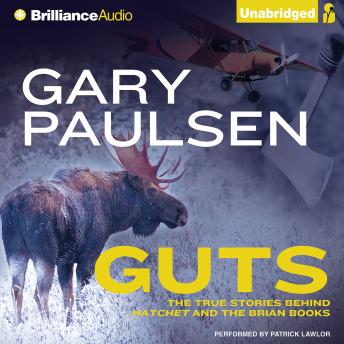 Here are the real events that inspired Gary Paulsen to write Brian Robeson's story in Hatchet, The River, Brian's winter and Brian's Return: a stint as a volunteer emergency worker; the death that became the pilot's death in Hatchet; plane crashes he's seen; and his own near misses. He takes readers on his first hunting trips, showing the wonder and solace of nature along with his hilarious mishaps and mistakes. He shares special memories, such as the night he attracted every mosquito in the county, and how he met the moose who made it personal.

This title is due for release on October 20, 2012
We'll send you an email as soon as it is available!