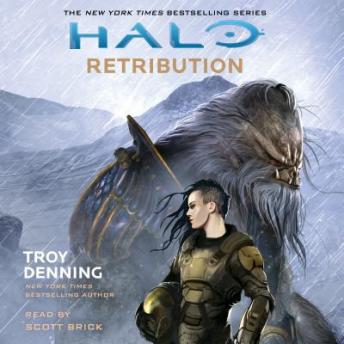 An original full-length novel set in the Halo universe and based on the New York Times bestselling video game series!

December 2553. Less than a year after the end of the Covenant War, a string of violent incidents continues to threaten the tenuous peace in human-held space, culminating in the assassination of UNSC fleet admiral Graselyn Tuwa and the abduction of her family. It is a provocation so outrageous that the Office of Naval Intelligence must retaliate swiftly and ferociously—but only after its operatives identify her killer and rescue the hostages.

This mission will be the first for homicide-detective-turned-ONI-operative Veta Lopis and her young team of Spartan-IIIs, and some­thing feels wrong from the start. The obvious suspect is an infamous Brute dokab who leads the Keepers of the One Freedom, a Covenant splinter group in fierce opposition to the UNSC. But Lopis and her team soon realize that the truth is much more insidious than they could ever have imagined, and along with Fred-104, Kelly-087, and Linda-058 of Blue Team for combat support, must stop a plan hatched in the bowels of the secret research station Argent Moon—a plan so sinister it could destroy all those still reeling from thirty years of inter­galactic conflict....

great addition to the halo universe, full of exactly what makes halo, halo. Scott brick is not my favorite narrator due to his monotone voice, but he is growing on me and I do like the mood he sets for his halo novel performances.