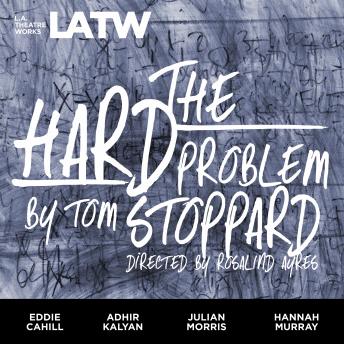 Hilary believes fervently that consciousness is more than the sum of our biology. When she receives a position at a prestigious think tank, she develops a novel experiment to prove that humans are intrinsically altruistic, but the results are something she never anticipated.

Includes a post-show discussion with Mark Tramo, a neuroscientist, neurologist, and musician who is a professor in the UCLA Schools of Medicine, Music, and Letters & Science.

Recorded before a live audience at the UCLA James Bridges Theater in November 2019.

This title is due for release on April 20, 2020
We'll send you an email as soon as it is available!