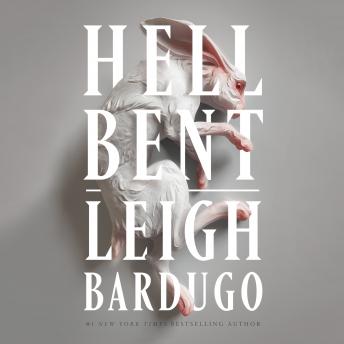 Find a gateway to the underworld. Steal a soul out of hell. A simple plan, except people who make this particular journey rarely come back. But Galaxy “Alex” Stern is determined to break Darlington out of purgatory—even if it costs her a future at Lethe and at Yale.

Forbidden from attempting a rescue, Alex and Dawes can’t call on the Ninth House for help, so they assemble a team of dubious allies to save the gentleman of Lethe. Together, they will have to navigate a maze of arcane texts and bizarre artifacts to uncover the societies’ most closely guarded secrets, and break every rule doing it. But when faculty members begin to die off, Alex knows these aren’t just accidents. Something deadly is at work in New Haven, and if she is going to survive, she’ll have to reckon with the monsters of her past and a darkness built into the university’s very walls.

Thick with history and packed with Bardugo’s signature twists, Hell Bent brings to life an intricate world full of magic, violence, and all too real monsters.

I was overjoyed when I discovered that this long-awaited sequel finally came out, and it did not disappoint. I am both bummed and thrilled that there's another book to come. Bummed because of everything left unresolved, but thrilled because I can't get enough of these characters and their world. Also, this narrator is second to none. I will listen to anything she reads, and she's perfect for Bardugo books.

This title is due for release on January 10, 2023
We'll send you an email as soon as it is available!