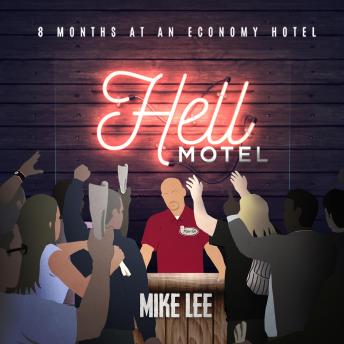 HELL MOTEL exposes the seedy underbelly of the economy line hotel industry and weaves both humorous and horrific true-life tales of the people that sleep, work and claw to survive at roach motels.

Mike is a privileged, immature and spoiled asshole who relocates to the big city in an attempt to outrun his personal demons. After accepting a management position at a cheap dive motel, Mike is overwhelmed by the prostitutes, drug addicts and desperados that infest the property... HELL MOTEL is more than just a collection of stories, it's a redemptive tale about becoming a champion for employees and finding faith in humanity, even when you are surrounded by the absolute worst of humanity.

Prepare to never look at hotels the same way, ever again.

This title is due for release on March 31, 2021
We'll send you an email as soon as it is available!