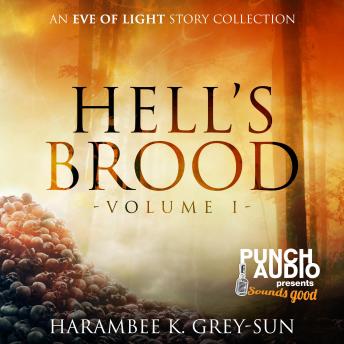 Part of Eve of Light

In the Eve of Light universe, no one is safe from what hides beneath the gossamer of superficial reality.

A struggling singer who travels to the middle of nowhere to perform a gig finds herself exposed to a sinister creature with a hunger for something only she can provide.

A small-time criminal who finds a gun that seems to be of supernatural origin begins to dream of the big time, until he realizes someone wants their toy back.

A lonely middle manager who set up a profile on an adult hook-up site is soon in danger of losing more than his money or identity.

A fugitive from the Sprytes, one of the most dangerous supernatural cults on Earth, finds herself entangled in a conspiracy too dark to escape.

This title is due for release on March 18, 2019
We'll send you an email as soon as it is available!