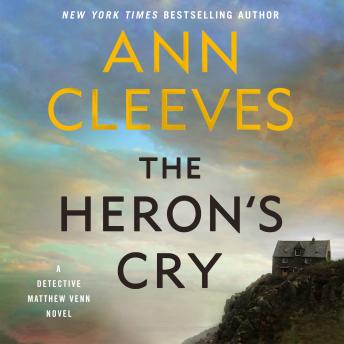 #2 of The Two Rivers Series

'A complex mystery full of surprises . . . this character-driven exploration of people's darkest flaws is a sterling example of Cleeves' formidable talents.' —Kirkus Reviews

'Jack Holden demonstrates his full talents in this mystery, bringing the extensive cast of characters in this small and close-knit community in Devon to life with his strong narration.' —Audiofile

North Devon is enjoying a rare hot summer with tourists flocking to its coastline. Detective Matthew Venn is called out to a rural crime scene at the home of a group of artists. What he finds is an elaborately staged murder--Dr Nigel Yeo has been fatally stabbed with a shard of one of his glassblower daughter's broken vases.

Dr. Yeo seems an unlikely murder victim. He's a good man, a public servant, beloved by his daughter. Matthew is unnerved, though, to find that she is a close friend of Jonathan, his husband.

Then another body is found--killed in a similar way. Matthew soon finds himself treading carefully through the lies that fester at the heart of his community and a case that is dangerously close to home.

DI Matthew Venn returns in The Heron's Cry, in Ann Cleeves powerful next novel, proving once again that she is a master of her craft.