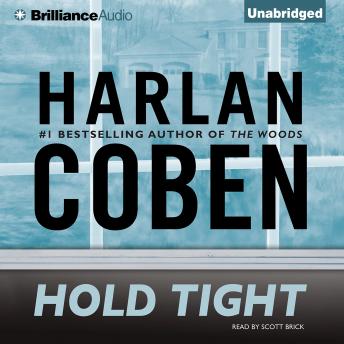 Mike held his son’s hand and told him to “hold tight,” and he could feel the little hand dig into his but the crush got bigger and the little hand slipped from his and Mike felt that horrible panic, as if a wave hit them at the beach and it was washing his baby out with the tide.

The separation lasted only a few seconds, ten at the most, but Mike would never forget the spike in his blood and the terror of those brief few moments.


Tia and Mike Baye never imagined they’d become the type of overprotective parents who spy on their kids. But their sixteen-year-old son Adam has been unusually distant lately, and after the suicide of his classmate Spencer Hill - the latest in a string of issues at school - they can’t help but worry. They install a sophisticated spy program on Adam’s computer, and within days they are jolted by a message from an unknown correspondent addressed to their son: “Just stay quiet and all safe.”

Meanwhile, browsing through an online memorial for Spencer put together by his classmates, Betsy Hill is struck by a photo that appears to have been taken on the night of her son’s death…and he wasn’t alone. She thinks it is Adam Baye standing just outside the camera’s range; but when Adam goes missing, it soon becomes clear that something deep and sinister has infected their community. For Tia and Mike Baye, the question they must answer is this: When it comes to your kids, is it possible to know too much?

This title is due for release on April 15, 2008
We'll send you an email as soon as it is available!