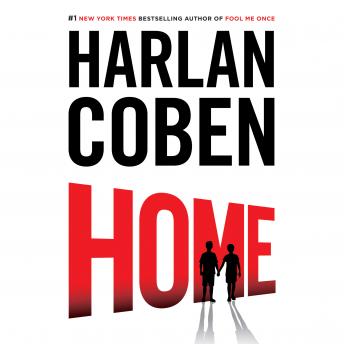 TEN YEARS AFTER THE HIGH-PROFILE KIDNAPPING OF TWO YOUNG BOYS, ONLY ONE RETURNS HOME IN HARLAN COBEN'S NEXT GRIPPING THRILLER.

A decade ago, kidnappers grabbed two boys from wealthy families and demanded ransom, then went silent. No trace of the boys ever surfaced. For ten years their families have been left with nothing but painful memories and a quiet desperation for the day that has finally, miraculously arrived: Myron Bolitar and his friend Win believe they have located one of the boys, now a teenager. Where has he been for ten years, and what does he know about the day, more than half a life ago, when he was taken? And most critically: What can he tell Myron and Win about the fate of his missing friend? Drawing on his singular talent, Harlan Coben delivers an explosive and deeply moving thriller about friendship, family, and the meaning of home.

I've read most of Harlen Coben's books and am always excited when a new one comes out. The narrator did a fantastic job of making me feel like I was actually on the scene. I finished listening to it in one day, because it was almost impossible to turn off. I even recommended it on Facebook for some of my fellow mystery/thriller reading buddies. Bravo...5 stars.

I loved this book. I am a new reader of Harlen Coben and I am already addicted. I can hardly wait to read more titles!! I love how he always has a twist at the end!! I loved the narrator, and I listen to a lot of audiobooks!!!

Good book, great to see Winn come back, a tad more predictable at the end with a slight twist, I’m used to more twists and turns from the Bolitar series but love it all the same!!

Another great book by this author

Great book, Love this author's writing style. I have enjoyed following Myron and Wyn through the years.

An amazing reading. The book kept me interested until the last minute.

I have listened to all of the Myron Bolitar books and this one is the best. It has all the fun characters from the past and some narration in Wins point of view. I laughed out loud, I cried, and I listened to it twice!

It was very exciting... narration was spectacular! I want more from this author and narrator.

Edge of seat, loved it!! New to this author and took a chance but couldn't wait to find out what happened.

A great Myron Bolitar story. The narrator was superb!