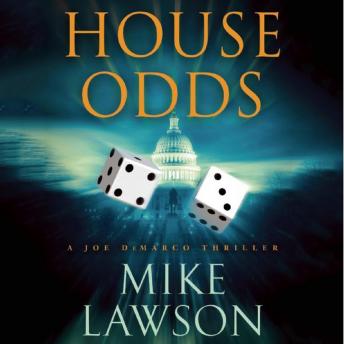 Washington fixer Joe DeMarco has been asked to handle alot of difficult situations over the years for his boss, Congressman JohnMahoney. But nothing has ever been quite so politically sensitive, or has hitso close to home, as the task Mahoney hands DeMarco in House Odds, the latest novel from critically acclaimed thrillerwriter Mike Lawson.
Mahoney's daughter, Molly, has been arrested and chargedwith insider trading. An engineer with a high-flying technology firm, sheallegedly placed a half-million-dollar bet on one of the firm's clients.DeMarco's job is to clear Molly's name and keep his boss clean. But how didMolly get her hands on so much money to invest in the first place? Before long,DeMarco discovers that there's far more to Molly's case than meets the eye, andthe risk to Mahoney is more than just a little political embarrassment.Featuring an extensive cast of mobsters and politicians, House Odds is a gripping tale of high-stakes scheming from one of today'sbest political thriller writers.

This title is due for release on July 2, 2013
We'll send you an email as soon as it is available!