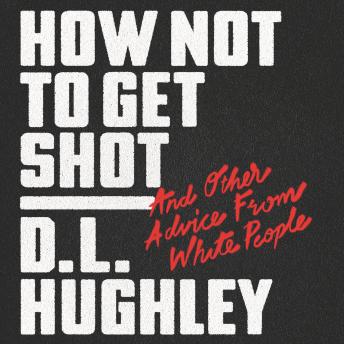 How Not to Get Shot: And Other Advice From White People

A cutting satire of race relations in the age of Trump and Black Lives Matter from the hugely popular comedian—one of 'The Original Kings of Comedy'—and author of the New York Times bestseller Black Man, White House.

'White people are always giving out ‘helpful’ advice, such as: ‘Comply with the police and you won’t get shot.’ They’ve been doling out advice to black people ever since ‘I suggest you pick the cotton if you don’t like getting whipped.’ Not getting shot by the police has long been a problem for black people. Even when we had a black president! Now that we have a new set of overlords, with President Trump at the head, wouldn’t it be nice to get a little advice on how not to get shot?'

From the elections of Barack Obama and Donald Trump to the tragic events of Ferguson and Charlottesville, the subject of race has come to the forefront of American consciousness. Legendary satirist D. L. Hughley offers his own cutting observations on this contentious issue that continues to traumatize the nation, a wound made more painful by the ongoing comments and actions of the 45th president.

Hughley uses humor to draw attention to injustice, sardonically offering advice on a number of lessons, from 'How to make cops feel more comfortable while they’re handcuffing you' and 'The right way to wear a hoodie' to 'How to make white food, like lobster rolls' and 'Ten types of white people you meet in the suburbs.'

How Not to Get Shot is a much-needed antidote in these distressing times.

How Not to Get Shot: And Other Advice From White People