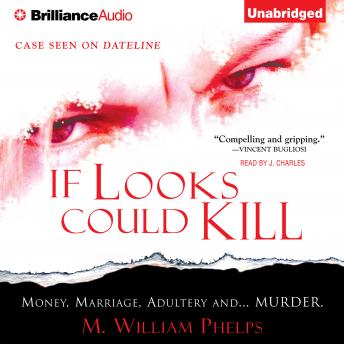 If Looks Could Kill

“A great true crime story…Readers will feel the effects of Phelps’ skill from beginning to end.” - Stephen Singular

Big and brash, Jeff Zack didn’t hide his rough lifestyle. And when he died, it was in plain sight: executed in the parking lot of a BJ’s Wholesale Club in Akron, Ohio, by a motorcycle-riding assassin dressed in black.

“Phelps uses a unique combination of investigative skills and narrative insight to give readers an exclusive, insider’s look.” - Anne Bremner

Jeff Zack’s murder stunned investigators - but then, so did his life. A long list of people might have had reasons to want Zack dead, including the loyal wife he had humiliated and the wealthy nightclub owner whose wife - a blond, hard-bodied beauty queen - he openly dated. But the truth would get even stranger…

In this shocking true story of adultery, mind games, lies, wealth and sexual liaisons in upscale Middle America, true-crime master M. William Phelps tells the astounding story of a man who loved the wrong woman - and was brutally murdered by a killer with the deadliest possible motive of all…

Awful narrator. Mundane voice which made it difficult to listen to.

C'mon already!!!! Didn't anyone listen to the book before it was mass produced and sent out to inflict pain to innocent audio book subscribers? Honestly, if this isn't the author (Phelps) reading this himself and it isn't a very close family member of his than there is ABSOLUTELY no excuse for the narrator to still be allowed to speak. What a joke. His stupid voice ruined the entire book.

This title is due for release on March 4, 2008
We'll send you an email as soon as it is available!