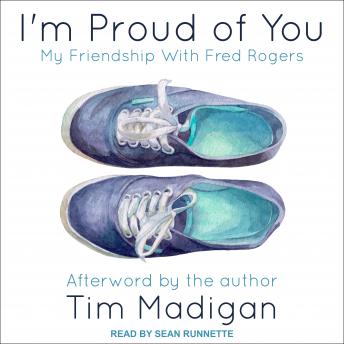 I'm Proud of You: My Friendship with Fred Rogers

It began as another newspaper assignment, a celebrity profile of the children's television icon. But in Fred Rogers, Texas journalist Tim Madigan found more than a fascinating subject. From their first meeting in 1995, at Rogers's invitation, the two became unlikely friends, a deep and abiding relationship that lasted until Rogers's death in 2003.

In that time, Madigan found Rogers to be much more than the calm and compassionate personality of television. He was a person of unique human greatness who embodied love, compassion and wisdom his every waking moment. He was the transcendent being who guided Madigan through periods of life-threatening depression and the tragic death of a sibling and helped him heal his difficult relationship with his father.

I'm Proud of You reveals Fred Rogers as a person who deserves a place among history's greatest people. It chronicles male friendship at its finest and most powerful. And it is a book that has already brought hope and inspiration to many thousands of its readers. With this second edition, including a new afterword by the author, the inspiration continues.

I'm Proud of You: My Friendship with Fred Rogers