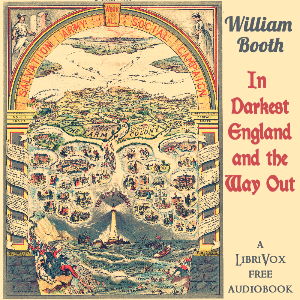 In Darkest England and the Way Out

William Booth (1829 Ð 1912) was the founding General of the Salvation Army in late nineteenth century England. Finding his salvation as a teenager, he went on to become one of the most controversial and, ultimately, well-loved and respected social reformers of his day. Published in 1890 amidst the turmoil of the death of his beloved wife, Catherine, ÒIn Darkest EnglandÓ was hailed as a revolutionary approach to coping with the social ills facing Great Britain at the time. Although 130 years old, this revolutionary book of Victorian England still has much to say of note today.

This title is due for release on December 18, 2019
We'll send you an email as soon as it is available!