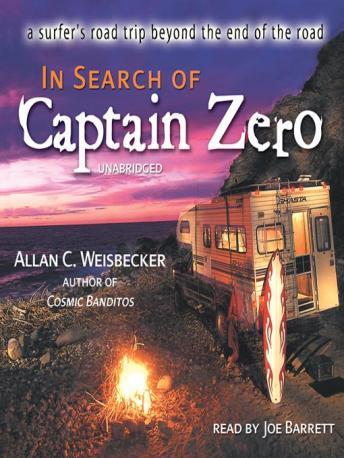 In Search of Captain Zero: A Surfer's Road Trip Beyond the End of the Road

In 1996, Allan Weisbecker sold his home and his possessions, loaded his dog and surfboards into his truck, and set off in search of his longtime friend and surfing companion, Christopher, who had vanished into the depths of Central America. In this rollicking memoir of his quest from Mexico to Costa Rica to unravel the circumstances of Christopher’s disappearance, Weisbecker intimately describes the people he befriended, the bandits he evaded, and the waves he caught and lost en route to finding his friend. Along the way, he shares hilarious stories of his adventures with Christopher in their carefree youth as globetrotting, pot-dealing beach bums. A tale of lost innocence and enduring friendship, In Search of Captain Zero is a trip unlike any other.

In Search of Captain Zero: A Surfer's Road Trip Beyond the End of the Road

This title is due for release on October 15, 2008
We'll send you an email as soon as it is available!