In the Company of Liars 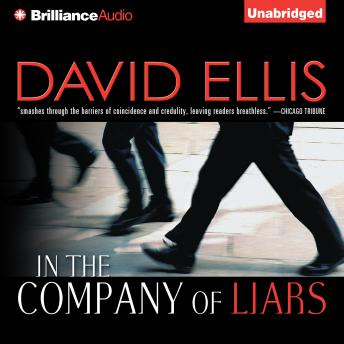 In the Company of Liars is that rare animal - a truly original thriller, strikingly fresh and unpredictable. Told chronologically in reverse, from its enigmatic end to its brilliant beginning, it’s centered around a woman on trial for murder - Allison Pagone, who is caught between competing forces, each represented by someone who may not care if the pressure kills her in the end. A prosecutor wants Allison convicted and put on death row. An FBI agent believes she can squeeze her into ratting on her family. A daughter and an ex-husband need to save their own skins. And circling them all, a group who would prefer to kill her quietly and anonymously, but who also are not what they seem.

Our first picture of Allison is in the moments after her death. Then the story moves backward in time like the acclaimed film Memento: an hour before, then a day, back and back until we’re at the beginning and can see what’s really happened - and most shocking, what has not. At every turn, Allison knows what she sees may not be what’s real. The only sure thing is her place in a vortex of half-truths, threat, and suspicion. When her nightmare is over, where will she be? In the company of friends - or the company of liars?

In the Company of Liars

This title is due for release on April 7, 2005
We'll send you an email as soon as it is available!