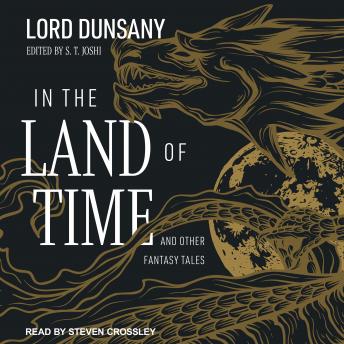 In the Land of Time: And Other Fantasy Tales

A pioneer in the realm of imaginative literature, Lord Dunsany has gained a cult following for his influence on modern fantasy literature, including such authors as J. R. R. Tolkien and H. P. Lovecraft. This unique collection of short stories ranges over five decades of work. Liberal selections of earlier tales-including the entire Gods of Pegana as well as such notable works as 'Idle Days of the Yann' and 'The Fortress Unvanquishable, Save for Sacnoth'-are followed by memorable later tales, including several about the garrulous traveler Joseph Jorkens and the outrageous murder tale 'The Two Bottles of Relish.' Throughout, the stories are united by Dunsany's cosmic vision, his impeccable and mellifluous prose, and his distinctively Irish sense of whimsy.

In the Land of Time: And Other Fantasy Tales