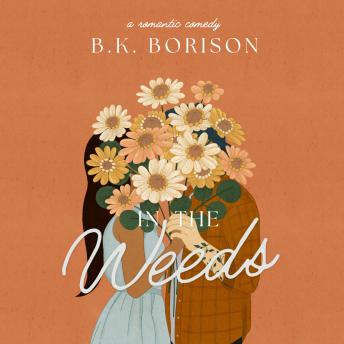 One incredible weekend in Maine, and Beckett Porter is officially a distracted man. He’s not unfamiliar with hot and heavy flings. He knows how it goes. But Evie wove some sort of magic over him during their tumble in the sheets. He can’t stop thinking about her laugh, her hand pressed flat against his chest, her smiling mouth at his neck, her eyes, her legs. So when she suddenly appears on his farm as part of a social media contest, he is confused. He had no idea that the sweet and sexy woman he met at a bar is actually a global phenomenon: social media influencer Evelyn St. James. When she disappears again, Beckett resolves to finally forget her and move on. But Evelyn St. James has a problem. Feeling disconnected from her work and increasingly unhappy, she’s trying to find her way back to something real. She returns to the last place she was happy, Lovelight Farms and the tiny town of Inglewild. It has absolutely nothing to do with the hot farmer she spent two incredible nights with—nothing at all. In The Weeds is a sweet and steamy second-chance romance about finding your happiness. It features a grumpy farmer, a no-nonsense social media influencer, a small town of busybodies, and four very cute kittens. This is the second book in a series of interconnected standalones following the three Lovelight owners.

This title is due for release on September 20, 2022
We'll send you an email as soon as it is available!