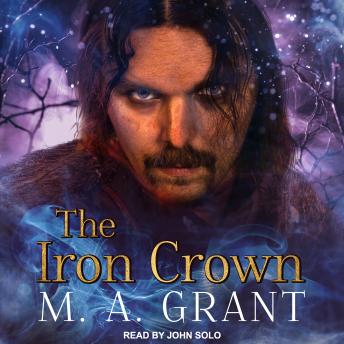 After the last Faerie Civil War, the leaders of the magickal pantheons stripped the shining Seelie Court of its power and tasked the dark Unseelie Court with maintaining the natural balance of the world. Ages later, a twisted intrigue throws the balance of all Faerie into ruin and ignites a new civil war.

Discounted by his family and haunted in the Unseelie sidhe, Queen Mab's youngest son, Lugh, leads the Wild Hunt on quests across the dangerous Wylds. At his side is his best friend, Keiran, a Viking rescued from death centuries earlier. Between Lugh's uncanny gift for being in the right place at the right time and Keiran's power of persuasion, they're revered across the Wylds-as long as Lugh keeps his true identity hidden from the people of the Sluagh.