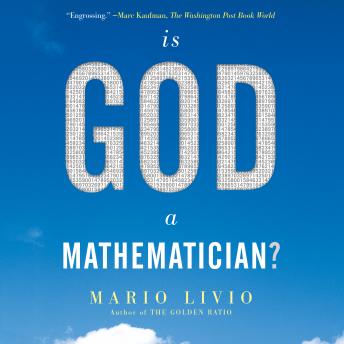 Is God a Mathematician?

From ancient times to the present, scientists and philosophers have marveled at how the seemingly abstract discipline of mathematics could so perfectly explain the natural world. More than that-mathematics has often made predictions, for example, about subatomic particles or cosmic phenomena that were unknown at the time, but later were proven to be true. Is mathematics ultimately invented or discovered? And if, as Einstein insisted, mathematics is "a product of human thought that is independent of experience," how can it so accurately describe and even predict the world around us?

In Is God a Mathematician? astrophysicist and author Mario Livio brilliantly explores mathematical ideas from Pythagoras to the present day as he shows us how intriguing questions and ingenious answers have led to ever deeper insights into our world. This fascinating book will interest anyone curious about the human mind, the scientific world, and the relationship between them.

Is God a Mathematician?