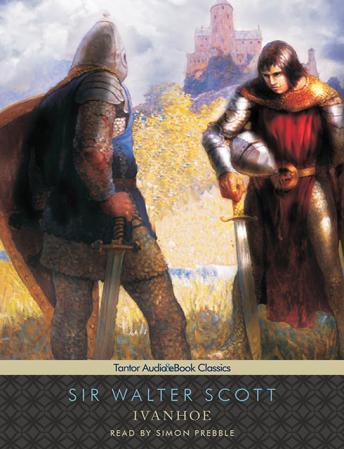 The epitome of the chivalric novel, Ivanhoe sweeps listeners into Medieval England and the lives of a memorable cast of characters. Ivanhoe, a trusted ally of Richard the Lion Hearted, returns from the Crusades to reclaim the inheritance his father denied him. Rebecca, a vibrant, beautiful Jewish woman, is defended by Ivanhoe against a charge of witchcraft-but it is Lady Rowena who is Ivanhoe's true love. The wicked Prince John plots to usurp England's throne, but two of the most popular heroes in all of English literature-Richard the Lion Hearted and the well-loved, famous outlaw Robin Hoo-team up to defeat the Normans and regain the castle. The success of this novel lies with Sir Walter Scott's skillful blend of historic reality, chivalric romance, and high adventure.

This title is due for release on March 30, 2010
We'll send you an email as soon as it is available!