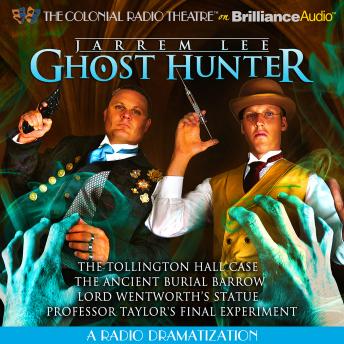 In science one reasons by analogy, so when mankind is confronted by experiences entirely beyond its understanding it takes an individual with intelligence and bravery in equal measure to push back the boundaries of the unknown....

In London, in the 1900s, the solutions to supernatural occurrences were investigated by a man who was famous for his dealings with the unknown and the worlds of the dead: Jarrem Lee - Ghost Hunter, (or as he prefers to call it, a psychical detective). With the help of college student Arthur Bennett, he embarks on a series of spine-tingling and exciting adventures in the world of the dead.

Episode 2: THE ANCIENT BURIAL BARROW. A demon is trying to escape from a grave discovered during an archaeological dig.