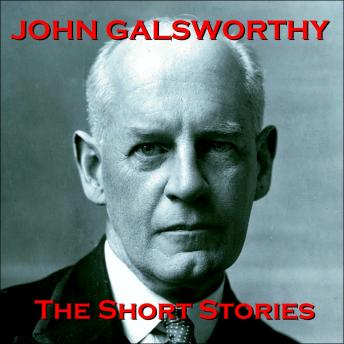 John Galsworthy was born in Kingston Upon Thames in Surrey, on August 14th 1867. The family was wealthy and well established. John was schooled at Harrow and New College, Oxford before training as a barrister. But law was not for him.Galsworthy first published in 1897 with a collection of short stories entitled ÒThe Four WindsÓ. Initially he published as 'John Sinjohn' but after the death of his father in 1904 he published as John Galsworthy.Much of his early work was as Plays for which he dealt with social issues and the class system. From there it was but a short step to the works for which he won the Nobel Prize and for which he is so well remembered; The Forsythe Sage trilogy.Although sympathetic to his characters, he reveals their insular, snobbish, and somewhat greedy attitudes and suffocating moral codes. In his writings he campaigns for prison reform, women's rights, animal welfare, and the opposition of censorship as well as a recurring theme of an unhappy marriage from the womenÕs side.John Galsworthy died from a brain tumour at his London home, Grove Lodge, Hampstead on January 31st 1933. In accordance with his will he was cremated at Woking with his ashes then being scattered over the South Downs from an aeroplane. This volume comes to you from Miniature Masterpieces, a specialized imprint from Deadtree Publishing. Our range is large and growing and covers single authors, themes, and many compilations.

This title is due for release on August 1, 2018
We'll send you an email as soon as it is available!